Contents of the sheet: Make working drawings of parts from the assembly drawing. Perform an axonometric projection with a cutout ¼ of the front of the part.

Target task: Using the knowledge base on mechanical engineering drawing, the student must imagine the operation of the mechanism as a whole, the interaction of its individual parts, the possible mixing of components, lubrication, fastening of parts, etc. according to the assembly drawing.

According to the assembly drawing, determine the spatial shape and dimensions of the parts.

Knowing the conventions and simplifications used in the execution of assembly drawings, it is necessary to restore the design features of the manufacture of the part, which are not simply shown on the assembly drawings.

Order of execution of the sheet: In accordance with its version according to table 3

find your assembly drawing and specification for it, part numbers for detailing, and part number for perspective view with ¼ front cutout. The materials of the parts are specified in the specification in the “Note” column.

An example of the execution of working drawings of parts is given in Figures 27, 28.

The sequence of reading assembly drawings:

2. Study of the product specification. According to the specification, the name of the parts and their quantity, material are established. Determine the number of standard parts.

3. Considering the drawing, find out the location of the main view, the number of main and additional, local views, which cuts are used in the drawing, the presence of sections.

4. Acquaintance with the dimensions applied to the drawing and the scale in which it is made.

5. After reading the part number in the specification, find its image on the drawing, which is indicated by the number on the leader line shelf. After that, the projections of this part are found on all other images (hatching for all cuts and sections of the same part is the same).

6. Connections of parts are divided into movable and fixed. It is necessary to establish which surfaces of the parts are mating and along which cuts of the surfaces the parts are connected.

7. Set the nature of the lubrication of the product.

8. Establish the order of assembly and disassembly of the product shown on the assembly drawing.

The order of detailing the assembly drawing:

1. Select the main detail of the assembly, with which the largest number of other details is associated, and determine the required number of views, sections, sections.

On the working drawing, the position of the main view of the parts should not necessarily be the same as on the assembly drawing.

Parts processed by turning (shafts, rods, axles, bushings, etc.) are shown on the main view, as a rule, horizontally, i.e. in the position in which they are processed on the machine. In this way, views for working drawings are selected.

2. Choose the scale of the image depending on the complexity of the shape of each part and its overall dimensions. Small details are recommended to be drawn on an enlarged scale. Regardless of the scale chosen, only actual dimensions are applied to the working drawings of the parts.

3. All working drawings are drawn on sheets of paper in standard formats. Each detail is drawn on a separate format with a complete design of its frame, the main inscription.

4. After drawing the images, roughness designations are applied, dimension and extension lines are drawn, dimension numbers are put down.

5. Drawings of standard products are not performed. If necessary, the dimensions of such products are selected according to the relevant standards, using the main designations recorded in the specification.

6. Determining the dimensions of parts according to the assembly drawing.

1 way. The scale in the title block often does not correspond to the actual scale of the drawing, so the reduction factor is determined from one of the indicated dimensions. For example: the assembly drawing shows a size of 50mm, but the measurement gives a size of 32mm. Dividing 50 by 3, we get a factor of 1.5. We multiply the measured values of the detail elements by this coefficient – this will be the true size of the detail element.

2 way. You can determine the dimensions of the elements of the part graphically, using the proportional scale scale (Figure 16) 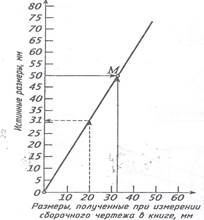 The pneumatic cylinder (figure 17) consists of a housing 1, into which cylinder 2 is screwed. To prevent self-unscrewing, a nut 8 is provided. Air under pressure is supplied through the fitting 6 and is used to move the piston 3 in only one direction – to the left. The spring 7 returns the piston to the right. The used air escapes into the atmosphere through the same fitting 6. 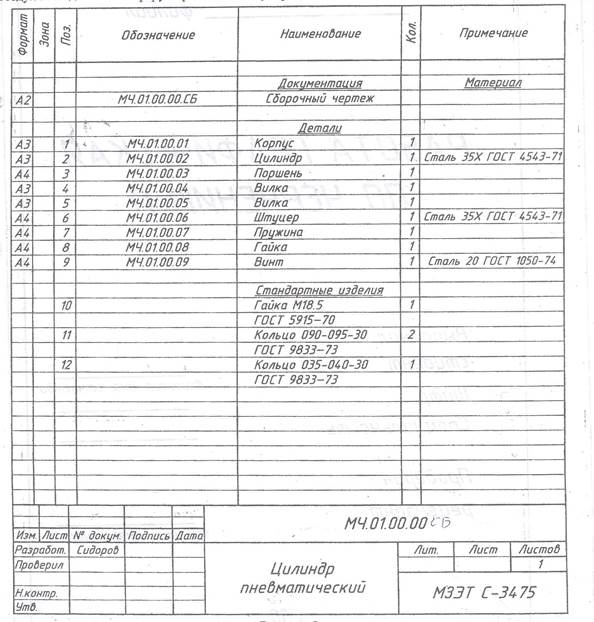 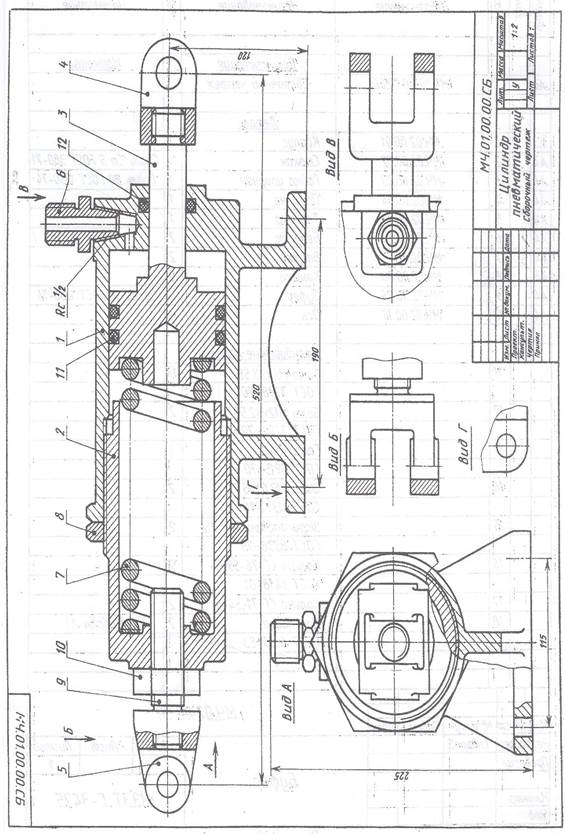 The buffer (Figure 18) is used in automatic lines to prevent breakage of parts during their processing on metal-cutting machines.

The part fed to the conveyor is installed in the axial direction under the pressure of the pusher, which brings the part to the buffer 9. Upon impact, the buffer 9 abuts against the spring 4, which, when compressed, absorbs the shock. With the help of sliders 6, the part is transferred to the next operation of the automatic line 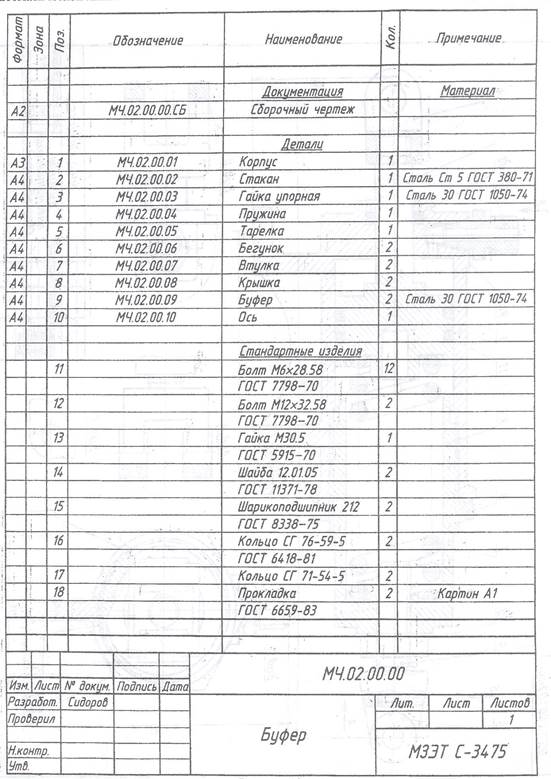 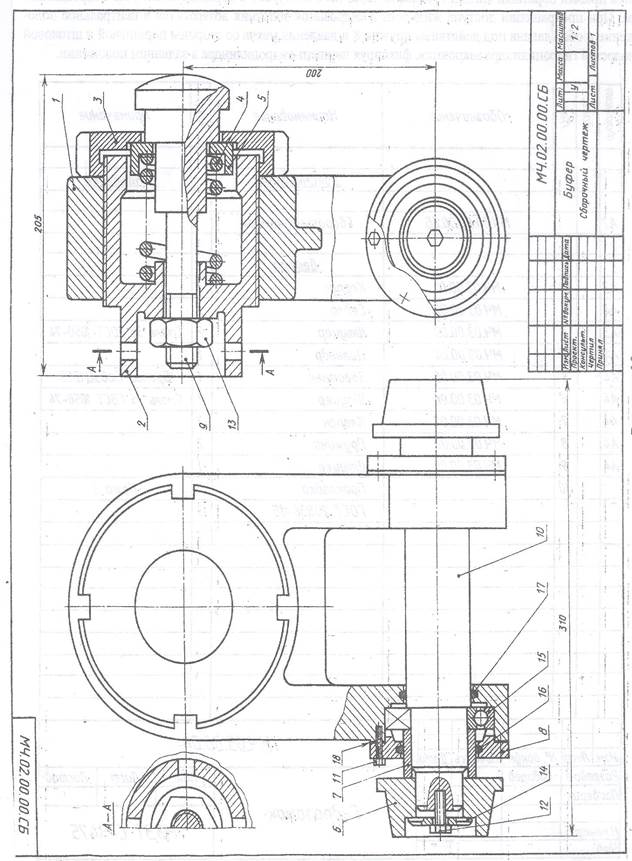 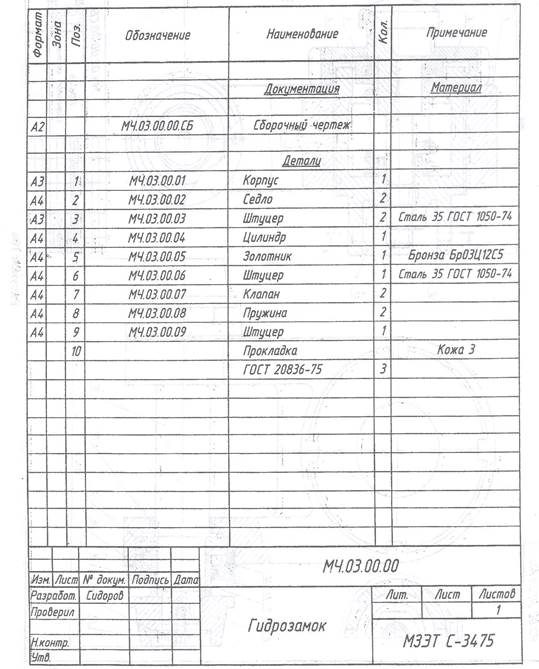 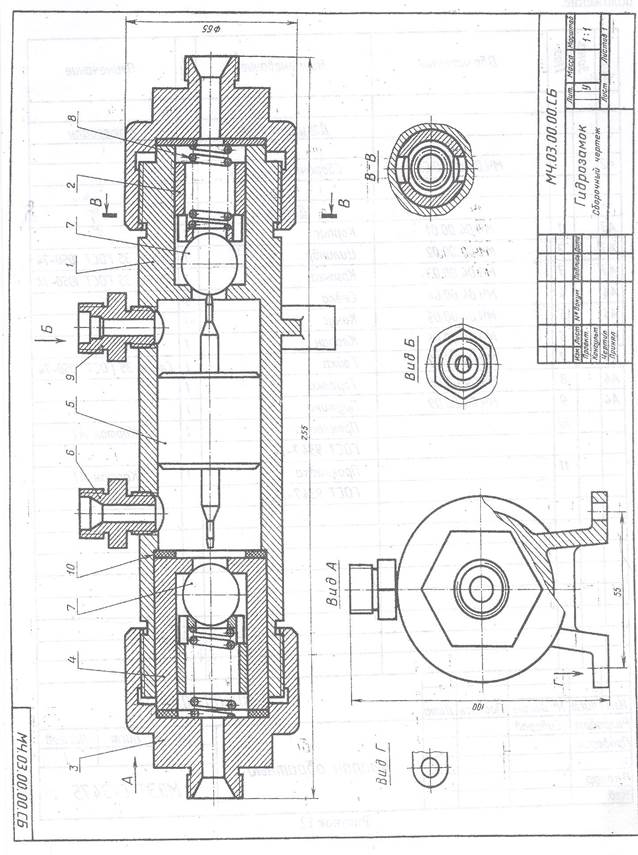 The non- return valve (Figure 20) is used in hydraulic systems where it is necessary to freely pass fluid in only one direction.

The valve has a locking element consisting of parts 6,8,9. Under the action of the excess pressure of the liquid entering through the hole 4, the cone 5, the valve 6 departs and passes the liquid into the body cavity 1 and further into the line. When the supply is stopped, the liquid cannot pass back from the cavity of the housing 1, because spring 9 will return valve 6 to its original position. 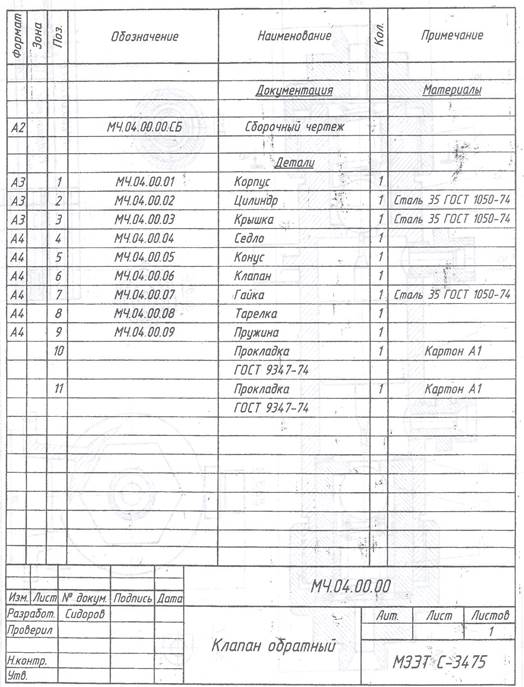 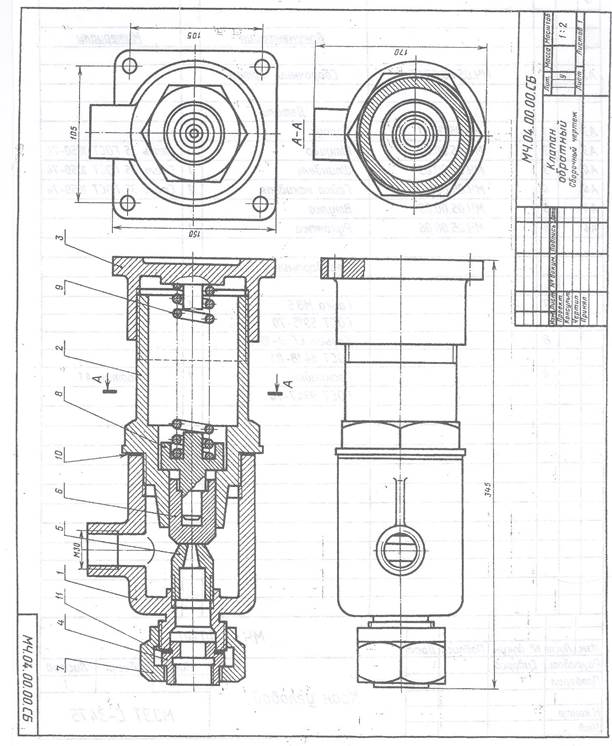 Angle valve (Figure 21) is designed to shut off the steam coming from the steam boiler through fitting 2 to the working body. To avoid steam leakage, a stuffing box seal is provided from rings 8, which, when tightened with a union nut 4, fit snugly against the spindle3. For this purpose, a gasket 9 serves between the body 1 and the fitting 2. 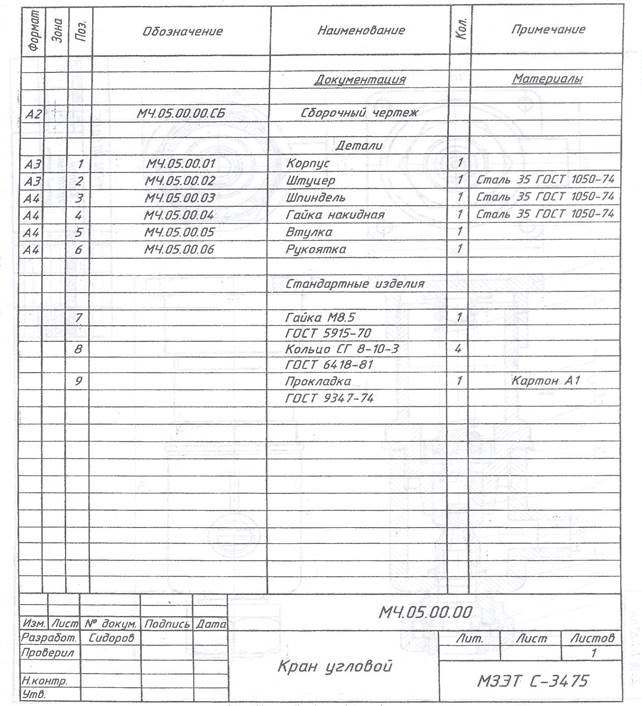 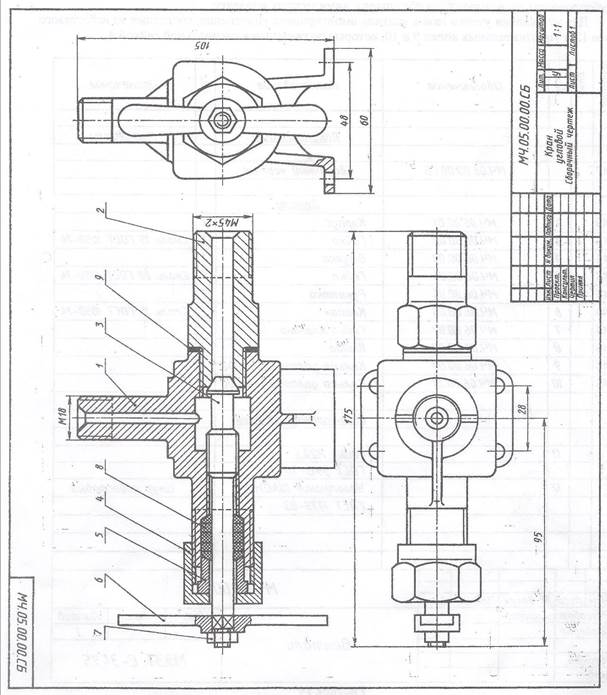 The valve (Figure 22) of this design is used to regulate the pressure of gas release from the cylinder.

The speed and pressure of the gas depend on the size of the gap between the conical end of the valve 6 and the hole in the housing 1. The gap can be changed by rotating the valve nut 7, which moves the valve along the axis. The rotational movement of the valve is prevented by two protrusions on the cylindrical part, which are included in the corresponding grooves inside the body.

The body is fixed with the upper threaded protrusion in the neck of the cylinder. Sleeve 3 and nut 2 are designed to connect the valve to the pipeline through which the gas enters the chemical apparatus.

To eliminate gas leakage, a seal is installed in the valve, consisting of an asbestos cord 12 and sealing rings 9 and 10, which are pressed with a special nut 4. 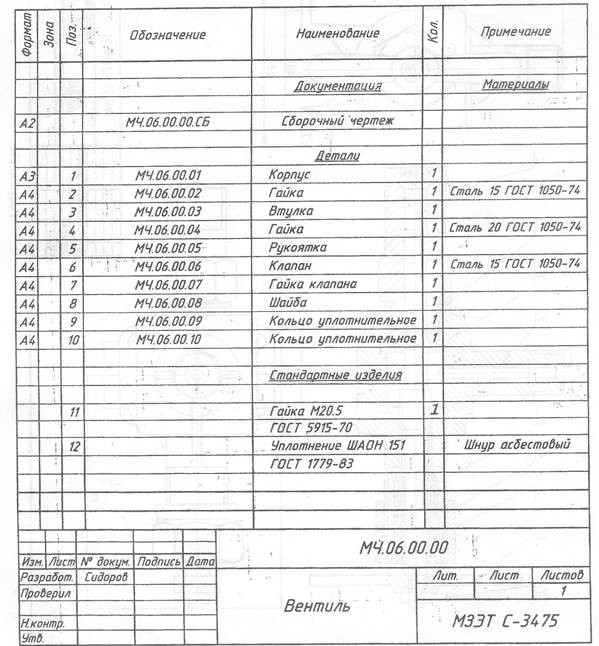 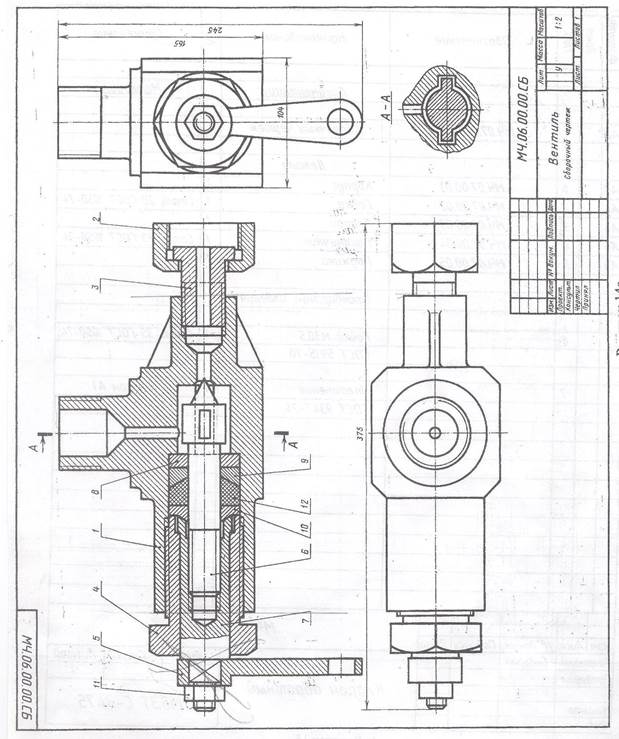 The check valve (Figure 23) is installed on the pipes connecting the tank to the device.

The fluid coming under pressure from the injection device through the right hole into the body cavity 1 moves the valve 3 and compresses the spring 5. When the fluid pressure drops under the action of the spring, the valve closes the body hole, thereby blocking the return flow of the liquid. The upper opening of the housing is intended for purging the pipeline. 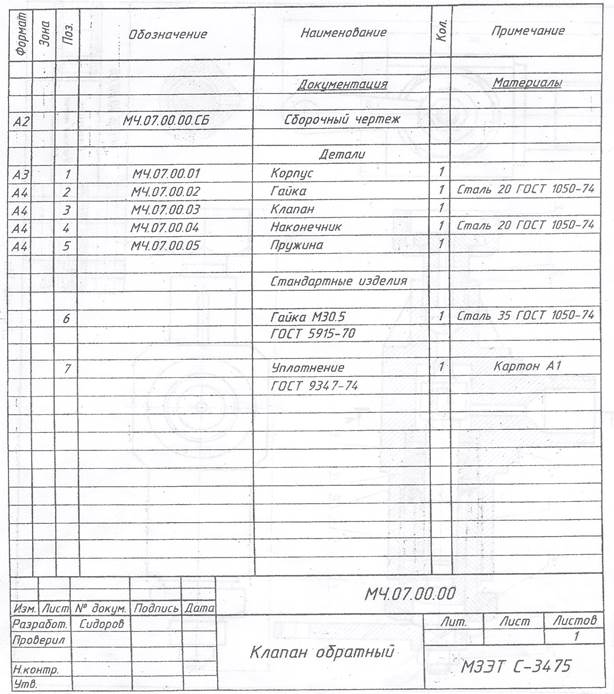 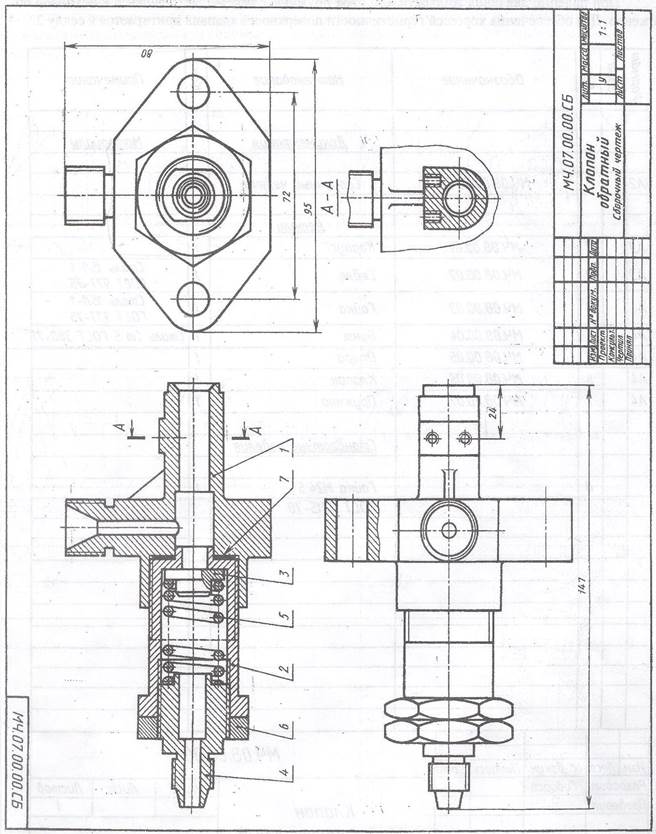 The safety valve ( Figure 24) is installed in pipelines, control and regulation systems to discharge excess liquids or steam. The valve is adjusted to a certain pressure with a screw 4, which is fixed with a nut 8.

When the pressure of the liquid or steam drops, the spring 7 moves the valve 6 to its original position. To ensure good tightness, the valve surface is lapped against the seat2. 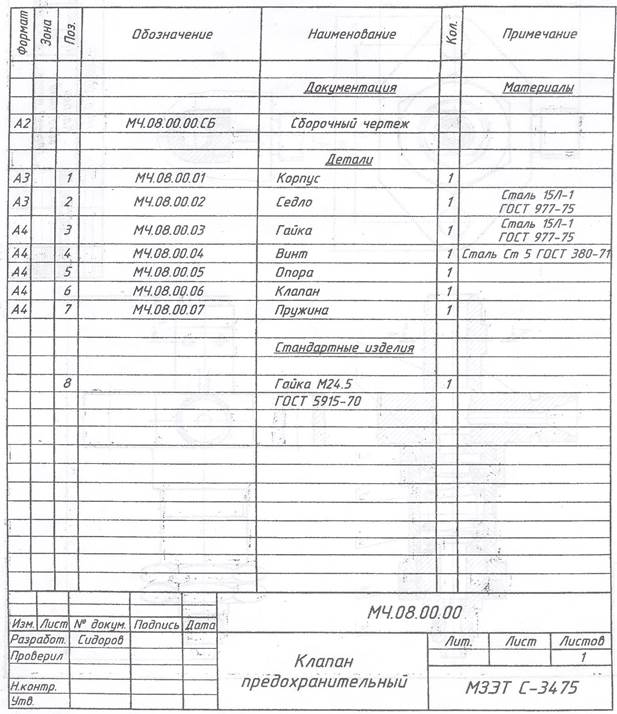 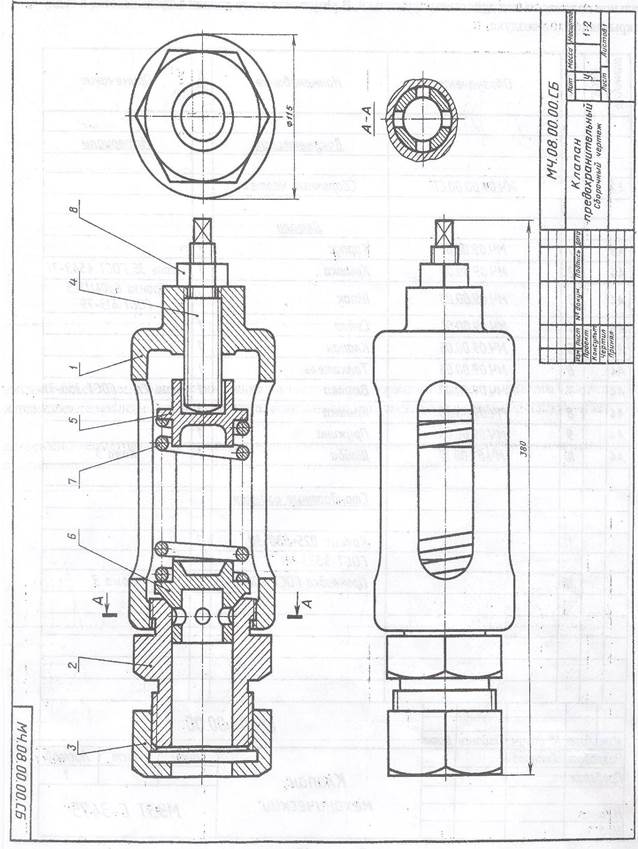 The valve consists of a housing1 divided into two cavities, one of which receives compressed air.

When the pusher 6 moves to the right, it presses on the stem 3, pushing the valve 5. Compressed air passes through the valve 5 along the longitudinal grooves of the stem 3 to the spray device.

When the load is removed from the pusher 6, the valve 5, the stem 3 and the pusher 6 return to their original position under the action of the spring 9. As a result, the valve 5 is pressed against the seat 4, closing the air passage. 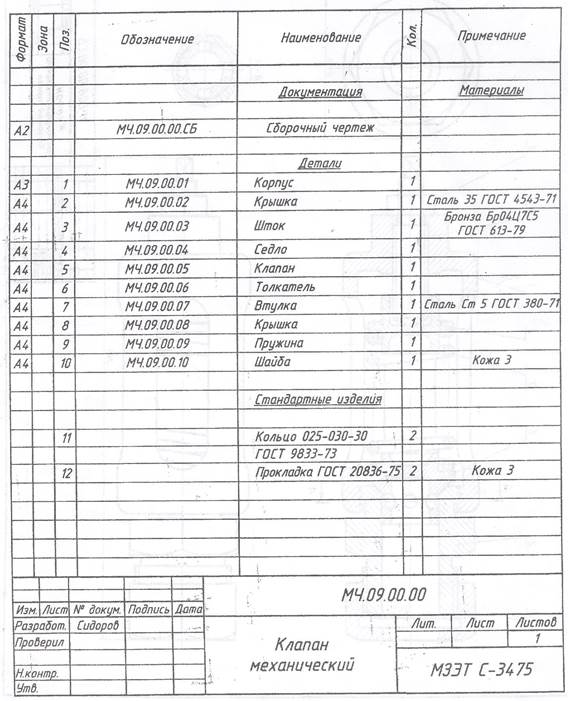 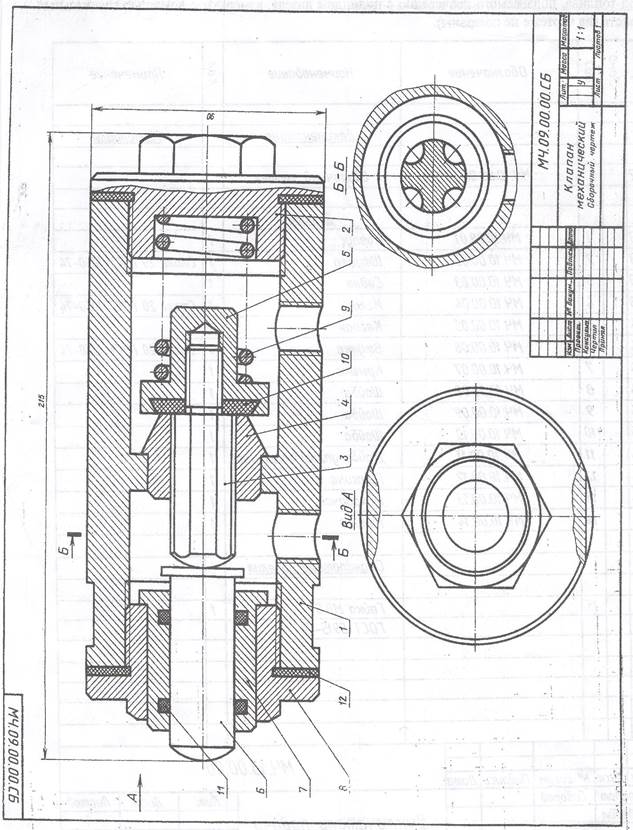 The fuel supply switch (Figure 26) serves to check the fuel supply to the diesel cylinders. This tool is installed between the fuel pump section and the injector.

To turn on the fuel supply, turn the handwheel 13. The needle 4, acting on the valve 5, compresses the spring 12, while the fuel passes through the hole of the parts 6Yu3.2 and goes out through the threaded hole of the housing 1 and is collected in a measuring cup (not shown in the drawing). The consumption of fuel supplied alternately to the diesel cylinders is measured using special devices (not shown in the drawing). 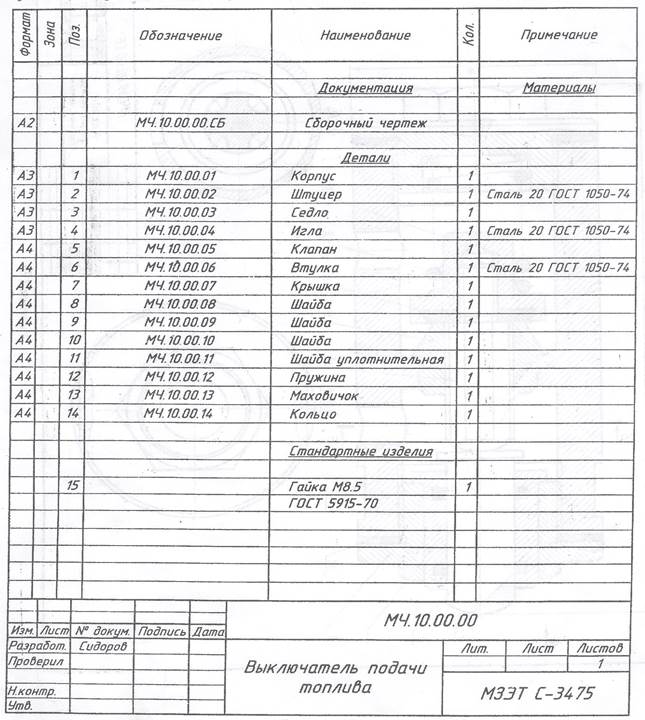 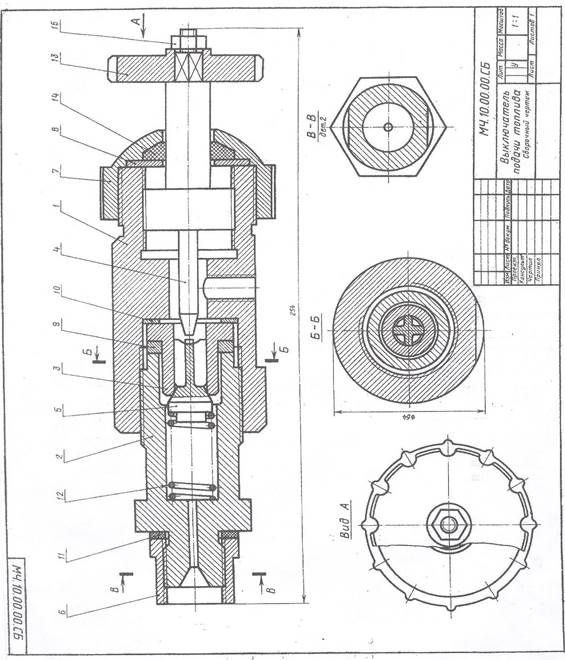 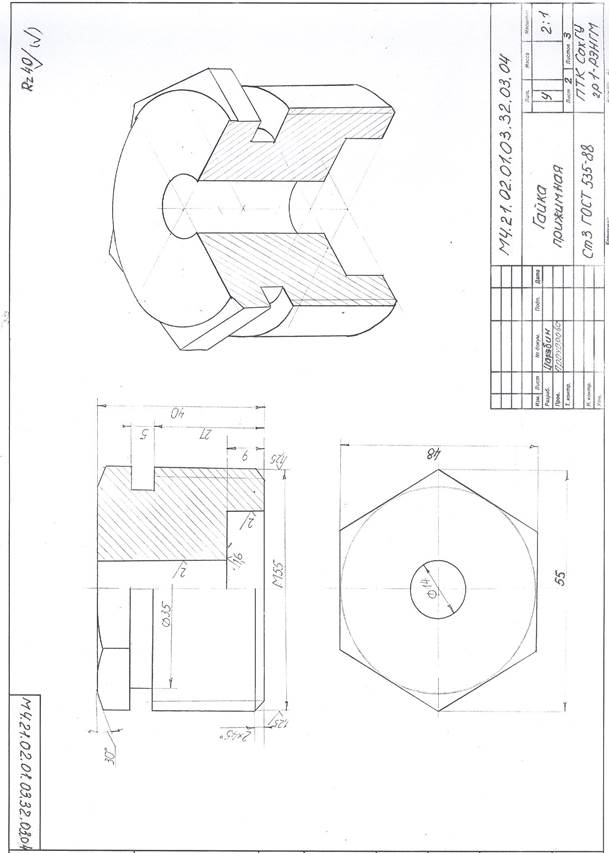 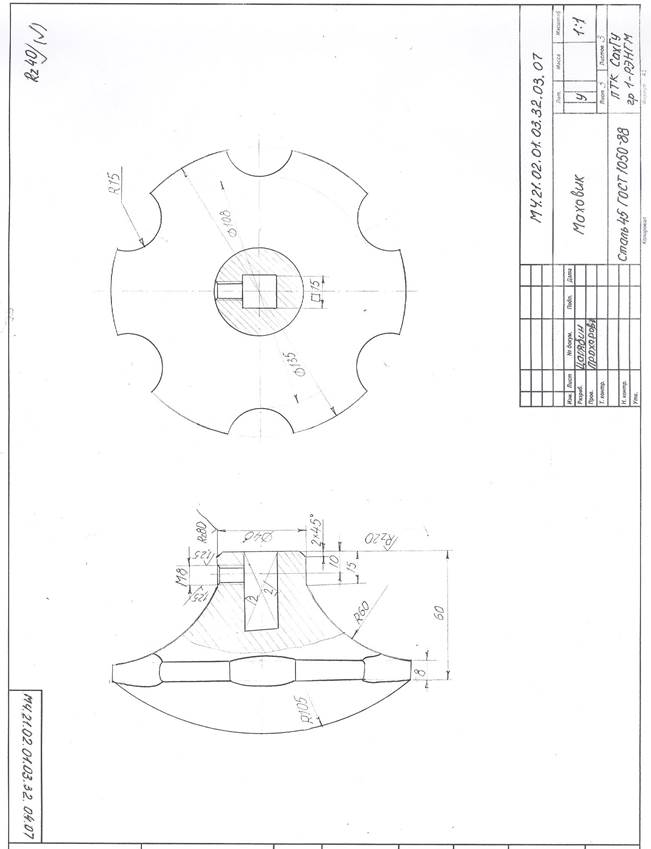