Author: Pechnikova Albina Anatolyevna, teacher of literature, MOU “Zaikovskaya secondary school No. 1”
Title of work: Fantastic fairy tale “Space Rescuers”
Description:
Your attention is invited to the author’s fairy tale about the cosmic expanses of the Universe. Creating works, I try to write in different thematic directions. A fantasy tale tells how the heroes get into the future of 3691 and help earthlings return to their planet. A fairy tale story can be useful for teachers of literature, teachers – organizers, class teachers of the school community in preparing and conducting theatrical performances for Cosmonautics Day for schoolchildren.
Purpose: Development of creative abilities of students.
Tasks:
1) to teach children to perceive the real and unreal world through the prism of imagination and fantasy;
2) to instill interest in the book, the desire to compose good fantastic tales;
3) develop children’s oral speech and acting skills. 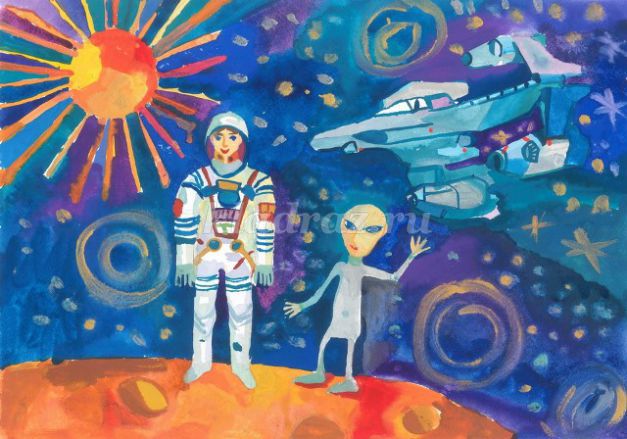 It was an ordinary morning, which foreshadowed a very unusual day … It was August 21, 3691 in the yard. I was 13 years old. I studied in the 7th grade and assumed that this particular year would be the most unhappy in my life. And, unfortunately, I was right. After water procedures, as usual, she began to set up her wrist teleporter to get to school. It was black with orange stripes and had a wide strap painted with graffiti in the same color. In addition to the teleport, it had a watch, a TV, a cellular hologram, and a lot of all the latest technology. And so I chose the destination, pressed the start button, and everything would have been fine, if not for one unforeseen circumstance. My school was located on Hydronskaya Street, but last night they decided to rename this street Dremerskaya, since the previous name lasted for more than 600 years. Therefore, I teleported to a non-existent object, and I was simply thrown into the ICC – an intergalactic space civilization (over the past 1000 years, we managed to make friends with some aliens). I wanted to go back home, but, unfortunately, my teleport ran out of power due to the high magnetism.
It remained only to find Ronits, Zydoks or people to ask them for help. I went straight along the corridor and got to the fork of two exactly the same ones. Long wandering in this “cosmic” labyrinth, I suddenly heard cautious footsteps. When I discovered this, I sped up. The steps also became more frequent. Around the corner I saw Seryozha. He studied at the 5th and, as it turned out, also “got to the wrong address.” 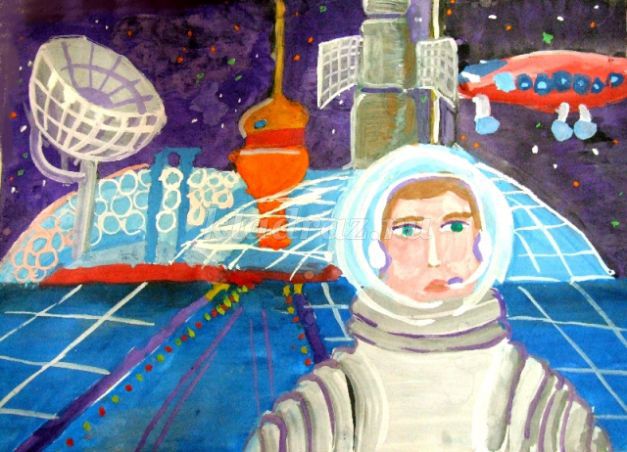 – Hey! What do we do? I asked.
“I don’t know,” said Gray.
Now there are at least two of us! It won’t be so scary. Need to find someone.
– Clearly understood! But everyone is still sleeping. For them, the morning will come only after 3 hours.
– This is problem. Then let’s look for something to eat, I haven’t eaten anything since morning.
We went to look for food, and after half an hour of useless wandering, we returned to the same place. 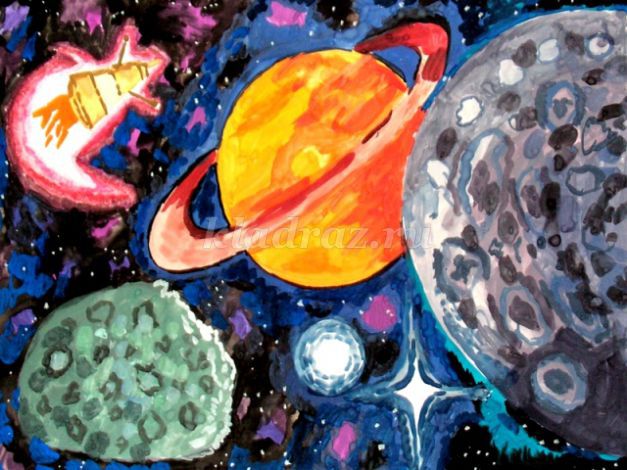 “You should have gone to the right,” I said.
– Well, if so, let’s go, the attempt is not torture, – answered Gray.
To the right was a blue corridor with red lights around the edges. There was a door at the end of it. We easily opened it by lowering the red lever. There was a cabin with two windows and chairs, a touch panel and a daily supply of food. After breakfast, we wanted to go already, but the doors did not open. I began to press all the buttons, and then the cabin in which we were separated from the MCC and went into outer space. It became clear that this was an emergency “boat”. We did not know how to manage it, so in a panic we began to look for all kinds of means of communication in order to tell someone about our problem. But, unfortunately, we had nothing but discharged wrist teleporters. 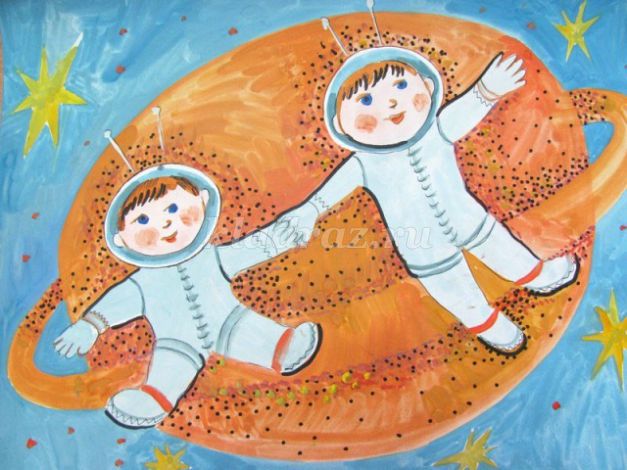 Outside, cold stars shone with a blue gleam. Red, yellow, orange dust swept across the universe. We despaired and thought that now we will fly in space forever! And suddenly…
– What happened!? What’s the matter!? – Seryozha shouted loudly.
– I do not know. Perhaps we are on to something!
I managed to notice some kind of black funnel in the porthole, which was spinning so fast that I even felt dizzy.
– Hole! Black! I shouted. 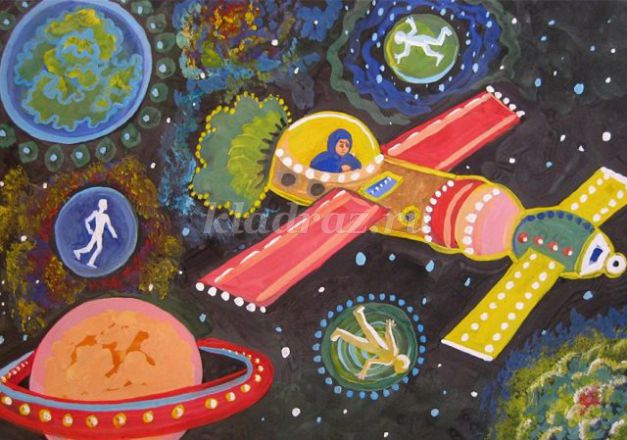 We woke up lying on the yellow earth. Above us was a red sun in a green sky. It was unusually easy to breathe, and in order to take in full lungs of air, one had to take a small breath.
– Well, where are we? I asked.
“Do you think there is life here?” Gray muttered.
– It needs to be checked.
– Let’s go to that lake, let’s see what kind of water is in it? If it’s fresh, that’s great! Moreover, we found very little water in the cabin. The water was greenish-pink. It tasted no different from ordinary drinking, except that it was a little bitter. Soon we heard some sounds. We came closer and saw creatures very similar to people. The skin was almost the same color, but with a gray-blue tint. 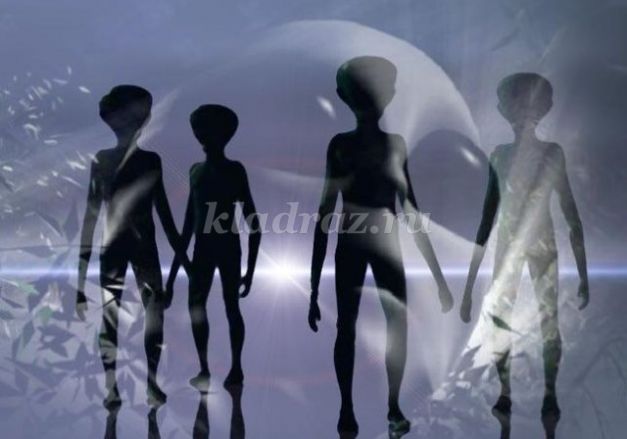 -Oh, people! Seryoga exclaimed.
-Quiet! Suddenly they are evil!? They will eat more inadvertently …
We did not immediately leave our shelter, overcoming our fear, walked a little and immediately felt someone’s intent tenacious glances on us. We felt embarrassed, then we raised our hands and said:
– We’ve come with peace!
It seemed that they did not understand us, but it was worth a try. All the “UFOs” (as I jokingly called the inhabitants of this planet) immediately surrounded us and took us to some building. It was white with blue stripes and a red roof.
“Yad mi tseop,” one of them said. At first we did not understand anything, but then it dawned on us that this is the same Russian language, only “upside down”. In a vessel that looked like a flask, they gave us some kind of liquid. It was green and very similar to semolina with large lumps.
– Fu, what a disgusting! – Gray frowned.
It tasted like cucumber with kiwi and peas, but we had to eat this “hellish mixture” as there was no other food!
– We-e-whether. Ym il-e-op !!! – I said carefully.
Nobody responded. We went out into the street, there was the same deathly silence. Suddenly, from the window of some building there were shouts: “Etidohu, netcharp herertsyb!!!”
Why do we need to hide!? I asked.
And then a strange spaceship appeared in the sky in the form of a huge pencil or rocket. Our ears were blocked, fear pressed our feet to the yellow earth! 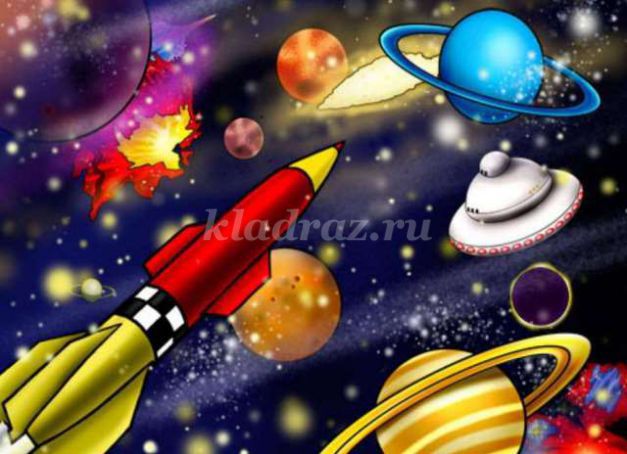 – Oh my God, what is it!?
– Let’s run faster, until this bandura crushes us!
We rushed headlong to the building from which the screams were heard. The spacecraft landed slowly, and one by one, the astracts began to emerge from it. Then we watched for a long time as they led the earthlings out in chains and luminous hand teleporters.
– They are kind! How could they?!
It became clear to us that no one was going to release the prisoners. Aspects turned out to be cunning, evil and merciless! We had to act decisively and quickly! I took over the command, although Sergei was a boy, he was clearly from a timid dozen. Noticing the hologram and teleport, I quietly got to them and quietly hid them under my clothes. When the abstractions were distracted by refueling their organisms, Gray and I slowly created holograms of captives, and the real earthlings were transported to the ship. It’s good that at school we were taught holistics and control of spaceships of various modifications. I had a five, so I easily coped with the control of the spacecraft. 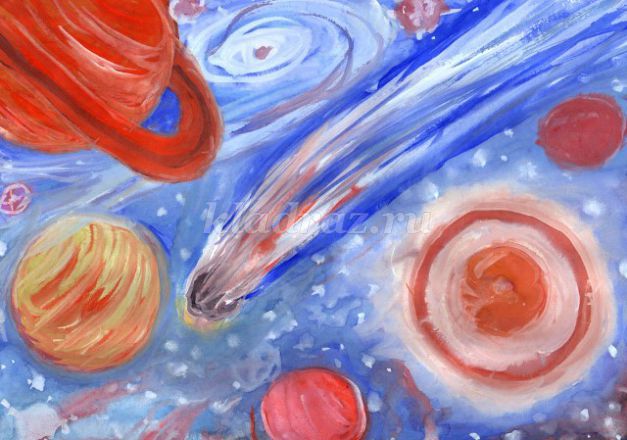 The hologram showed that in 2016 these aliens had already arrived on our planet and taken away two-thirds of the Earth’s population. Nearly 5 billion people! It had to end! We abruptly lifted the ship into the air and blocked the access of our coordinates by reprogramming the spacecraft’s system. After hard trials, it’s so nice to be at home on our green planet! The liberated earthlings underwent treatment in pressure chambers and warmly thanked us, their space rescuers! And we were glad that now none of the aliens will be able to take people from Earth! Sery and I were taken on an expedition to Mars-2, because on Mars-1 the stormy Martian life was already in full swing. But this is a completely different space story …