Skip to content
Home > Informatics > DESIGN AND LAYOUT OF A HORIZONTAL AREA.
Published 23.05.2022 by admin

DESIGN AND LAYOUT OF A HORIZONTAL AREA.

The design of a horizontal site is carried out based on the results of leveling a surface area, subject to a zero balance of earthworks, i.e. provided that the volumes of excavations and embankments are equal.

The design elevation of the planned horizontal platform is calculated by the formula:

where n is the number of squares;

åH1 – the sum of the marks of the vertices included in one square;

åH2 – the sum of the marks of the vertices common to two squares;

åH3 – the sum of marks of vertices common to three squares;

åH4 – the sum of the marks of the vertices common to the four squares.

Table 2 – Calculation of the design mark

Calculate the working marks of the vertices of the squares by the formula. 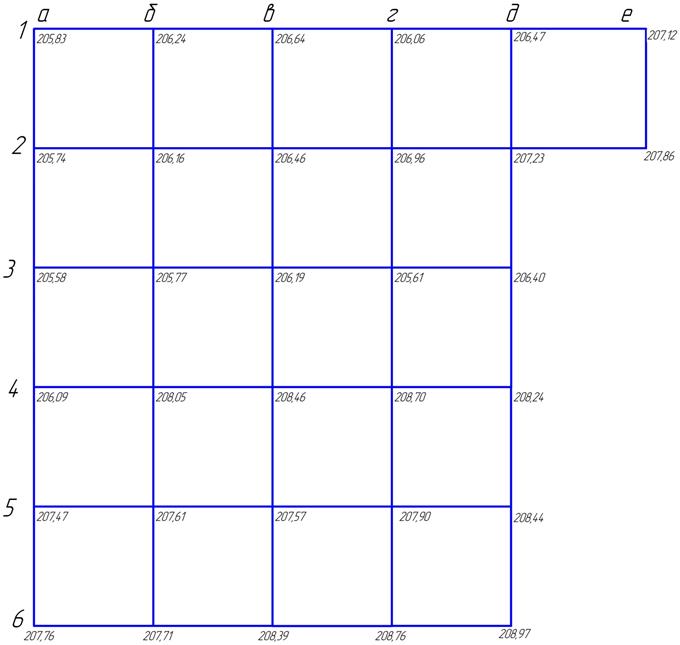 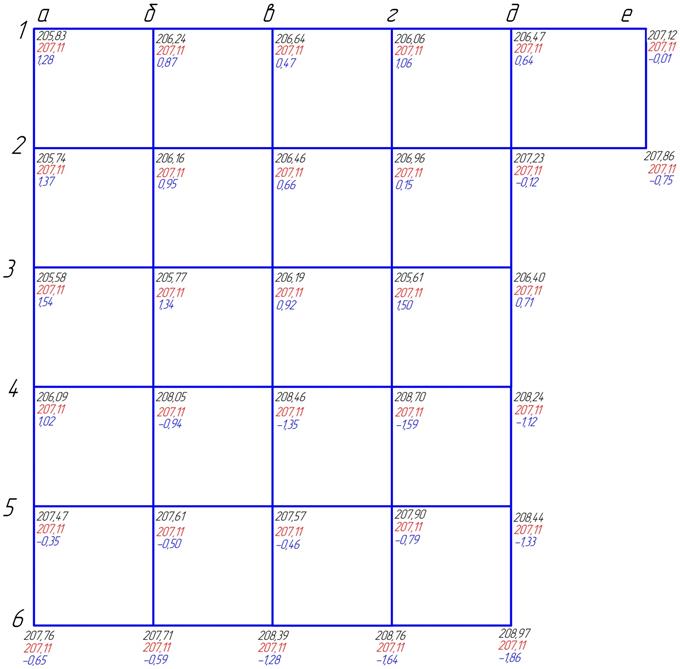 Carrying out lines of zero work:

where X is the distance from the first vertex of the square to the point of zero work;

h 1 – working mark of the first vertex of the square;

h 2 – working mark of the second vertex of the square;

d – the length of the side of the square 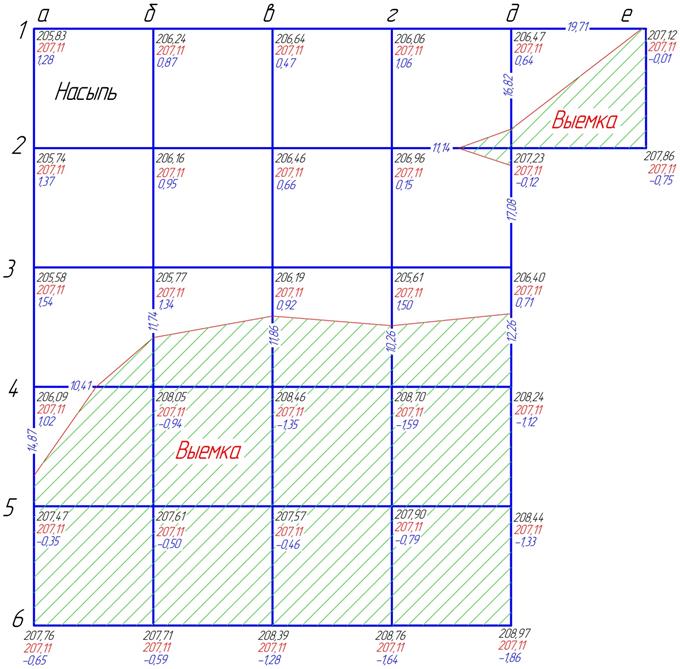 The volume of earthworks.

The volumes of earthen prisms are calculated by the formula: V = S h cр, where

S is the area of the base of the prism (figures on the cartogram); h cr – average

We will enter the calculations in the table. 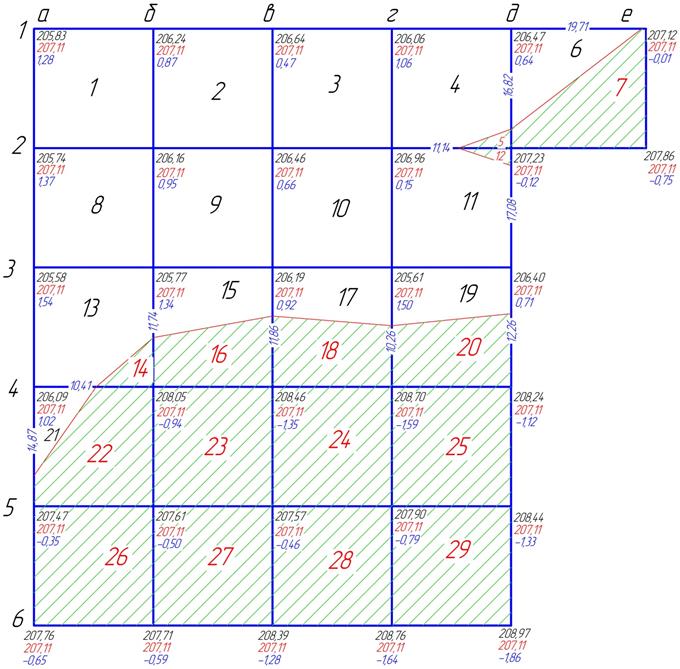 Statement of calculation of earthworks.

The discrepancies between the total volumes of embankment and excavation should not exceed 3%.

Calculation of an inclined platform.

The initial data for solving this problem are marks

land at the tops of the squares, the design elevation Hp = 206.79 m at the starting point and

calculated by the formula:

where Hk is the desired design mark;

i is the given slope of the site;

d is the horizontal distance between the initial and determined

We determine the working marks

Let us determine the points of zero work. 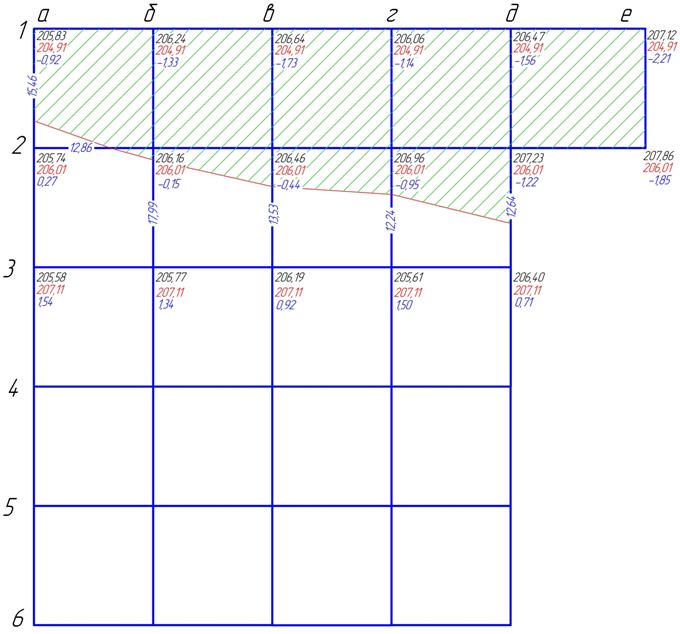 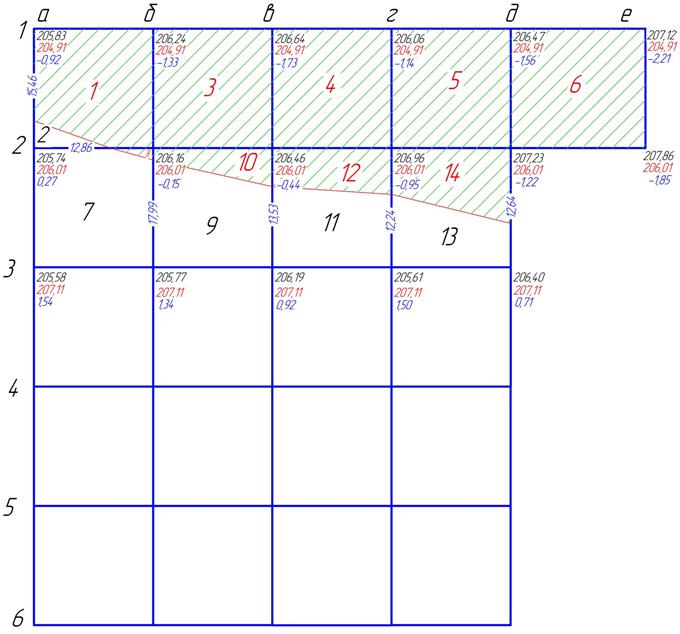 Calculation of the balance of earth masses of an inclined platform 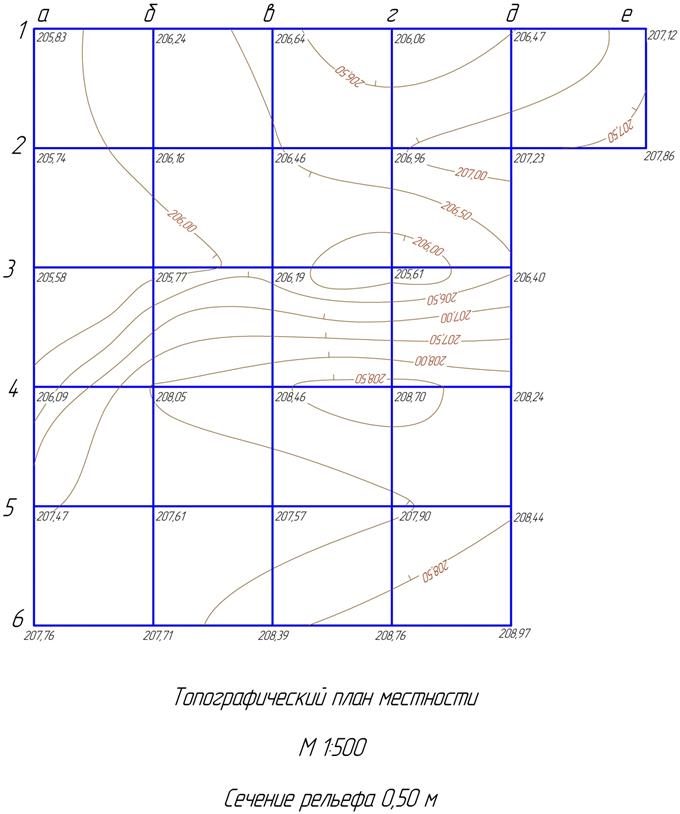