Consider the heuristic coding method in this example.

For the Moore automaton, we construct a matrix M consisting of the numbers of states for which there are transitions in the transition table. Moreover, it is built in such a way that one of the elements of this line is contained in the previous one.

Encode the states from the first row of the matrix

On the Karnot map, we mark the encoded states:

Let us choose an unencoded element 2 from the first row of the matrix M’. Construct the matrix

, consisting of the rows of the matrix M’, including the element 2. In this matrix, we select the already encoded elements. We get the set B 2 ={1}. For each element B 2 we find a set of codes adjacent to the code of the state under consideration and still unoccupied for encoding.

. To select a code, we find the value of the weight function W, which characterizes the distance between state codes, equal to the number of memory elements that change their state during the transition.

We choose the code for which the weight function is minimal. In this case, for both codes of the set

we got equal values of the weight function, so we take any code. For example, a 2 =101.

We mark a new state a 2 on the Carnot map.

Next, we cross out the lines containing the already encoded states, and perform the actions described above.

Let us choose the JK flip-flop as the memory elements.

After minimization, we get:

After minimizing the output function, we get 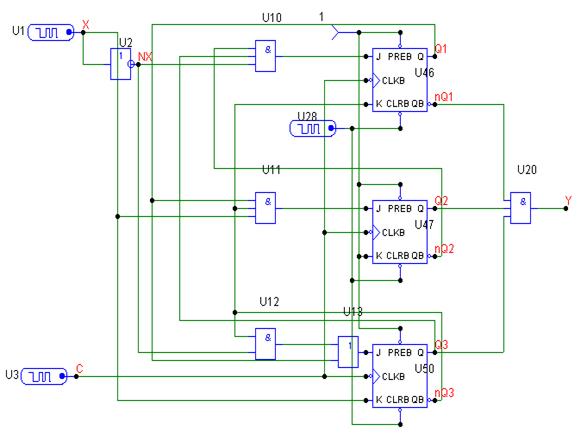 Figure 4.1 – Diagram of the Moore automaton.

When developing the combinational circuit, JK flip-flops controlled by the edge of the clock signal were used, which are located in ComponentsDigital PrimitivesEdge Triggered Flip-FlopsJKFF. To set the triggers to the initial state, a single signal is applied to the PREB input, and to the CLRB input – at the initial moment 0 , and after a short time interval 1 of the generator U3. 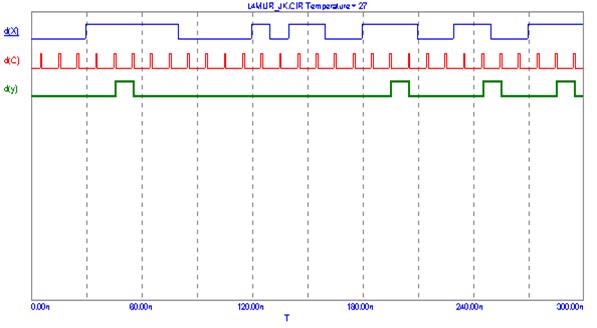 Figure 4.2 – Diagram of the operation of the Moore machine.

For the Mealy machine, the encoded transition table has the following form: 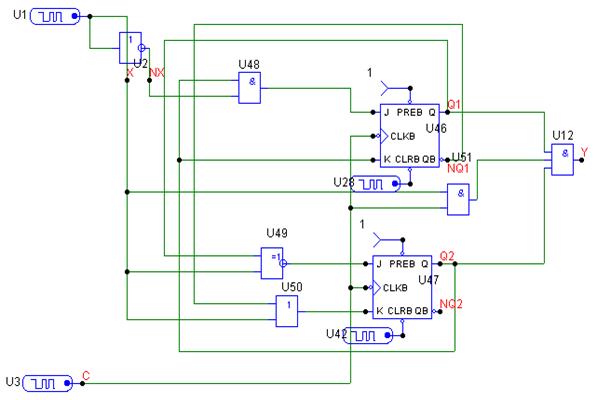 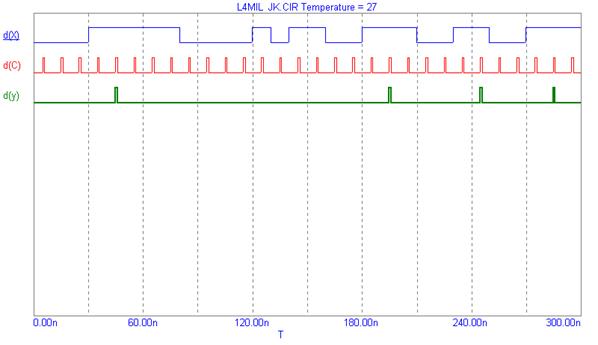 Consider an example of constructing a Moore and Mealy automaton with and without allocation of a memory block.

Let’s design an automaton that detects the sequence 10,00,10,11. When this sequence appears at the input of the automaton, the output is one, in all other cases 0.

To determine the alphabet of states and the transition graph, we analyze the operation of the automaton.

Table 5.2 – Table of outputs of the Moore machine.

It is possible that the transition table obtained by analyzing the response of the automaton to input signals will contain an excessive number of states. Minimization is performed to exclude such states.