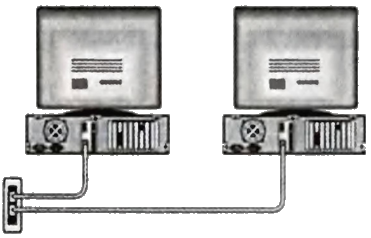 To transmit information via communication channels, it is necessary to convert computer signals into signals of physical media, that is, to make it possible to transmit them via electrical, optical, telephone paths. For example, when information is transmitted over a fiber optic cable, computer data will be converted into optical signals. To do this, use special technical devices – network adapters.

The adapter is inserted into a free slot on the computer motherboard and connected with a cable to the network adapter of another computer. On network cards, the addresses of computers on the network are set, without which transmission is impossible. When information circulates over a network, each network computer selects from the general flow only the data that is intended for it. This selection is made according to the computer address.

There are also software tools that expose the network addresses of computers. A large number of special network system shells have been developed. These add-ons allow you to assign computer addresses, order the required number of network users if the network is limited in the number of clients, allow or deny access to directories or hardware resources for various client computers on the network, granting them certain rights, etc. These programs also provide ability to protect information. Some directories can be made read-only, others can be read and write information, and some can be hidden altogether, making them inaccessible. In the latter case, only part of the server information is visible to users. Network programs allow you to give different users different access rights. This measure is necessary to ensure the safety of information and respect for its confidentiality.

Purpose of the modem 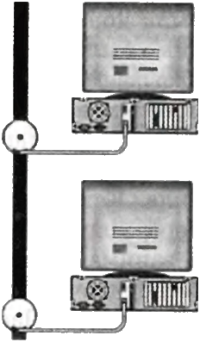 A distinctive feature of the global network is the significant distance of computers from each other. Telephone lines and modems are widely used for their communication. The telephone network transmits the sounds of human voices (in the form of analog signals). The modem converts (modulates) digital signals from the computer into signals that can be transmitted over the telephone network, and at the other end of the connection they are received by another modem and converted (demodulated) from analog to digital computer signals.

A modem connects a computer to a telephone line. To work with it, a special control program, the modem driver, must be loaded into the RAM. With its help, the corresponding modem parameters are configured (modem installation), without which work with it, and hence communication with the network, is impossible.

The other end of the telephone line must also have a modem attached to the other computer. Then the receiver computer will be able to receive signals from the network, that is, the modem is used in the global network instead of the network adapter. If the computer is a network client, then it must have the address of the computer to which it accesses as a server. These settings are made in protocol and software settings.

Modems are external (made as a separate unit and connected to the system unit via a serial port) and internal (in the form of a board installed in the motherboard slot). They differ in the maximum data transfer rate.

Since modems are used instead of network adapters in networks where the communication channels are telephone lines, they can be used in areas of the network that cover long distances. If you use the modem for long-term networking, you will have to occupy a telephone channel. Communication over telephone channels is unreliable, and, in addition, the transmission speed over it is not as high as over cables. Therefore, in local networks, it is customary to use electrical cables for connections.